10 things you didn’t know about Passover [in Israel] | CIE

10 things you didn’t know about Passover [in Israel]

Loosen your trouser belts, everyone. The Jewish festival of Passover is upon us, meaning endless matzah, countless family meals and weirdly delicious peanut cookies are about to be consumed all across the world. Weirdly delicious peanut cookies on sale in Jerusalem for Passover. Photo by Lerner Vadim via shutterstock.com

It’s no different in Israel, of course, where the week-long holiday is going to be celebrated in full vigor. However, there are some unique aspects to the holiday in the Holy Land, some more bizarre than others.

Here are 10 fun facts that make Passover in Israel so special.

Jews aren’t meant to have any chametz, or leavened foods, in their homes during the holiday, and the home of the Jewish people is no different. The State of Israel does exactly like many of its Jewish citizens and sells all its leavened products to a non-Jewish acquaintance. It’s not only flour we’re talking about, but whole factories, bakeries, kitchens and storerooms.

For the past 20-odd years the lucky buyer has been Hussein Jaber, an Arab Israeli who buys everything off Israel’s finance minister and chief rabbis for an enormous sum, only to annul the deal a week later, when the holiday is over. Talk about (not) making some money. Passover vacation is a great time for family fun in nature. Photo by Dmitriy Feldman Svarshik via shutterstock.com

If you’re planning on touring Israel during Passover, take a long, deep breath. The week-long holiday is prime travel time in the country. Not only are kids out of school and many parents off work, but the weather is absolutely perfect for hiking, kayaking, cycling and all other kinds of outdoor activities. But don’t let the crowds put you off – pack a matzah sandwich and enjoy the not-yet-scorching-hot weather together with everyone else.

Many Jews outside of Israel get to sit down to Seder night for two evenings in a row. Aside from helping avoid arguments about which side of the family to celebrate with, this custom is meant to ensure that the Seder is definitely being done on the right night.

In ancient times, authorities in Jerusalem determined the beginning of each Jewish month anew every time, and spread the word to diaspora communities via messenger. A concern arose that news traveling too slowly would mean that people outside of Israel would celebrate festivals on the wrong day. To solve this, it was decreed that each Yom Tov (festival) should be celebrated for two days, just in case.

Centuries later, this decree is still greatly upheld by Jewish communities worldwide. But in Israel, like in the past, one day is still considered enough. So don’t be surprised when Israelis gawk at the thought of having two such huge family occasions one day after the other. 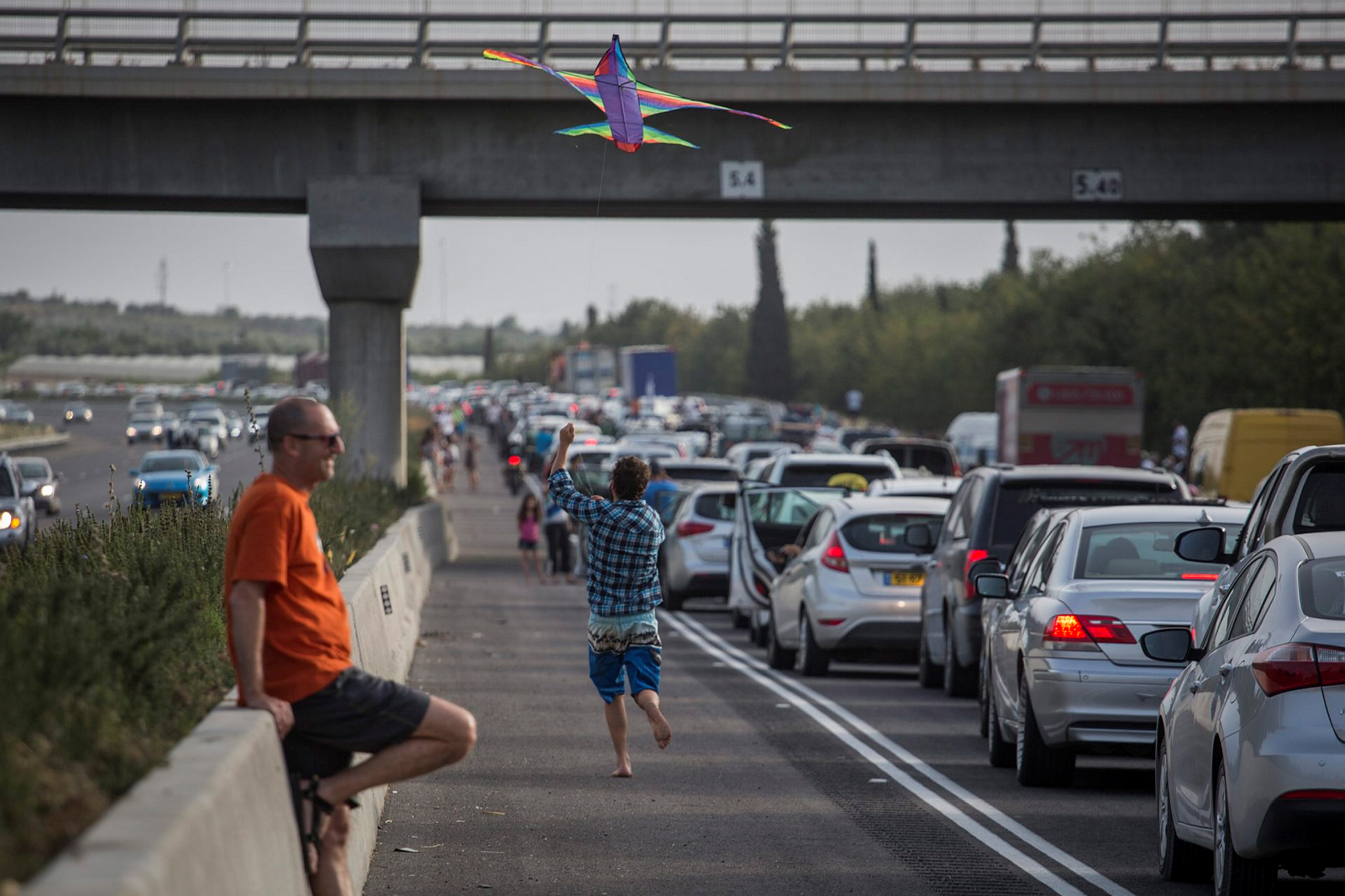 A young Israeli flies a kite to pass the time while stuck in a traffic jam on Route 6, in northern Israel on the holiday of Passover. Photo by Hadas Parush/Flash90

Speaking of Seder night, there’s nothing like Seder-night traffic jams to make you wish you were celebrating the holiday on a remote, ideally empty, island instead of at your mother-in-law’s.

Since everyone plans on sitting down to dinner at about the exact same time, the roads are absolutely jam-packed in the two to three hours before sundown. Make sure to leave ages ahead of time (at least a good few hours) and consider spending the night at your host in order not to join the thousands of others making the late-night journey back home.

One last fun fact about Seder night that’s not based on any particular research but only on years of recurring disappointment: Passover is officially the beginning of spring, but it sure doesn’t feel so when you freeze in your new and slightly flimsy holiday clothes that you were silly enough to think would perfectly fit the occasion. Bring a sweater or shawl with you to dinner, especially if you’re celebrating in hilly Jerusalem.

The general rule for Passover is not to eat any leavened grains. But for many Jews, particularly of European background, restrictions don’t only apply to leavened grain, but also to rice, legumes and even peanuts. The reason? Historic concern that people might mix up flour made from forbidden grains and from similar-looking foods.

Israel is a hotpot of many cultures and heritage and dietary customs greatly differ from family to family – so make sure to ask whether it’s okay to bring that quinoa salad. 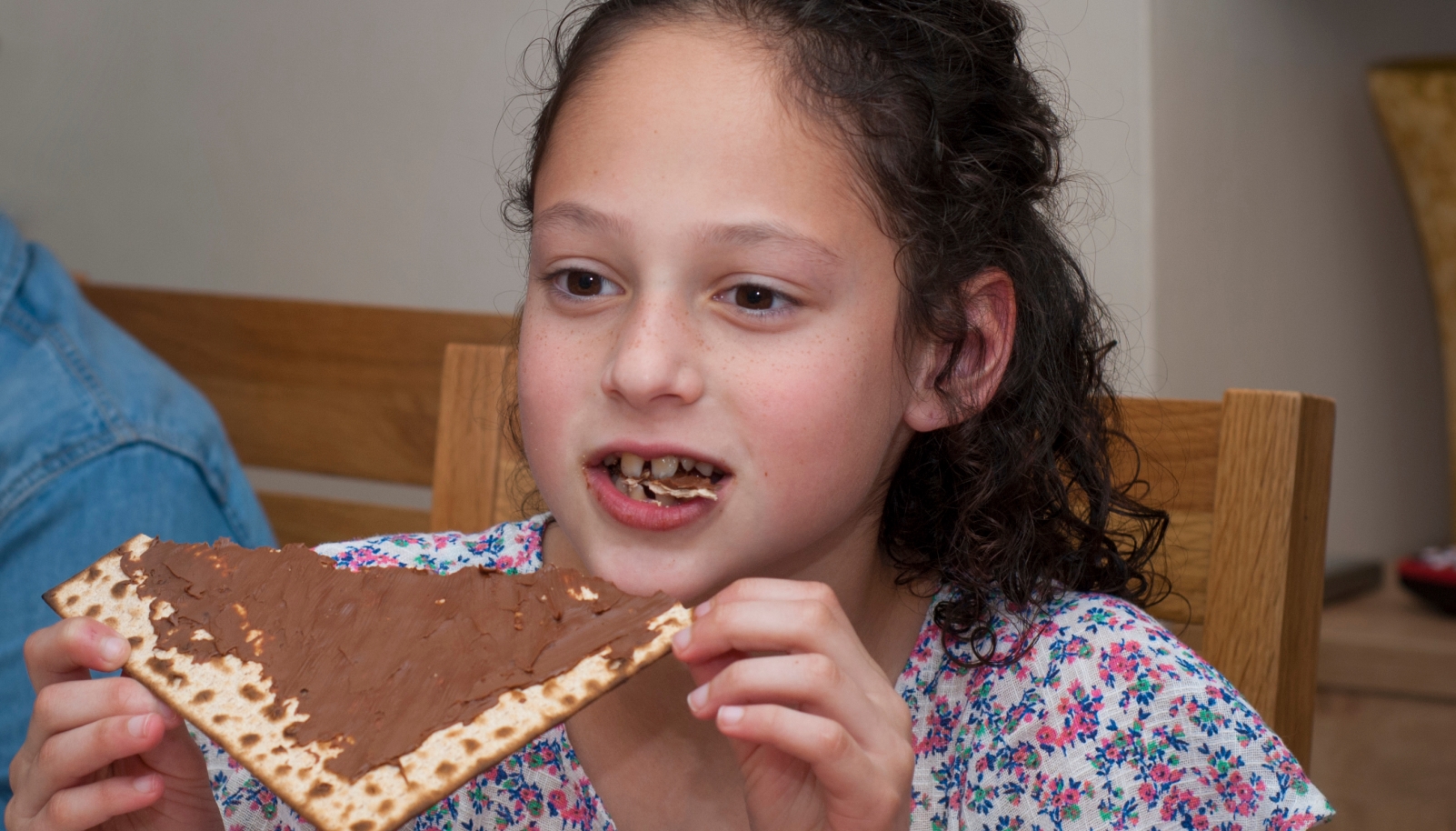 Matzah with chocolate spread is the ultimate Passover breakfast. Photo by Inna Reznik via shutterstock.com

Do like every Israeli and enjoy the most festive Passover breakfast possible: a matzah (or two) slathered in chocolate spread. Yes, it is enormously fattening. But it is also incredibly delicious. And don’t worry if you abstain from legumes on Passover – the local Israeli chocolate spread brand is kosher for Passover for all. Go on, treat yourselves. Non-kosher for Passover items are covered in an Israeli supermarket. Photo by Igal Vaisman via shutterstock.com

Even though the state itself sells its chametz before Passover (see #1), that doesn’t actually mean that all leavened products are shipped far away and kept behind lock and barrel.

In many supermarkets, for example, the offending items are simply covered in wrapping and kept off-limits for the week, rather than being schlepped away and back. This does make for a strange sight, leaving whole aisles draped in cloth or paper and the odd chametz item peeping from behind. Just don’t be tempted to reach out for it – it won’t be sold and might make others uncomfortable. Jewish worshippers on Passover in front of the Western Wall in Jerusalem’s Old City. Photo by Hadas Parush/Flash90

Thousands of people praying in unison at the Western Wall in Jerusalem is a truly magnificent sight. It happens twice a year, during the intermediate days of Sukkot and Passover, when throngs of worshippers gather to receive the priestly blessing.

If you want to attend, do so by foot or public transportation, get there early and bring a hat and plenty of water. And most importantly – enjoy the empowering moment.

Guess where the largest Seder night in the world takes place. Hint: It’s not in Israel. Or New York, Miami, London or Paris. It’s in Kathmandu, Nepal. Yes, you read right.

Nepal is one of the most popular after-army trip destinations for young Israelis, and the prime travel season there coincides with Passover. This means that every year many thousands (!) of Israelis celebrate the festival there, albeit in rather less traditional surroundings.

For the past 30 years, Jewish outreach organization Chabad has been organizing mass Seders for backpackers in the Kathmandu area, reaching guest lists of 2,000 people. Participants come from all walks of life – secular, traditional, ultra-Orthodox – making the Nepalese Seder an inspiring festive event. Matza bread is prepared for the holiday of Passover. Photo by Yossi Zeliger/Flash90