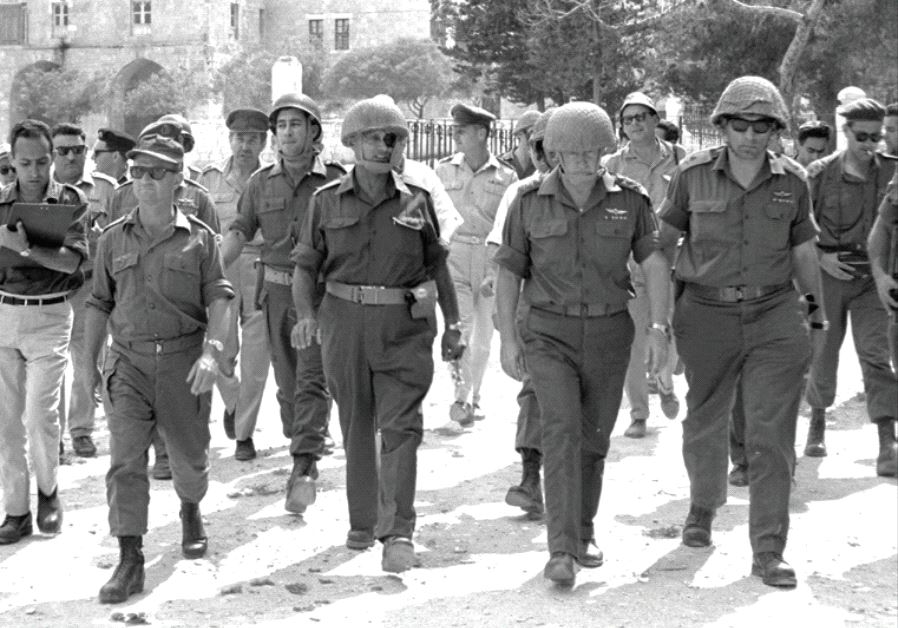 In early June 1967, Following three weeks of building tension with Egypt—particularly Cairo’s dispatch of 200,000 troops into Sinai, the removal of UN peace keeping troops from there, the blockade of Israeli shipping access to its port at Eilat, and blistering verbal barrages from Arab leaders threatening Israel’s destruction—Israel preemptively struck Egypt on June 5. In six days Israel defeated three Arab armies and increased its size three-fold, without pre-determined plans to take either the Golan Heights or the West Bank. Its victory included the reunification of Jerusalem, divided in the 1948-1949 Arab-Israeli War. At the war’s end, Israel found itself unexpectedly in control of more than one million Palestinians in Jerusalem, the West Bank, and Gaza Strip. Post-war Israeli overtures to Egypt, Syria, and Jordan for peace negotiations were refused. In the years after the war, Arab leaders and Palestinian organizations continued to remain virulently hostile to Israeli existence. Only two decades after the tragedy of World War II, Israelis and diaspora Jewry rejoiced in Israel’s military success.

By November 1967, the UN and the US became engaged in defining a framework for negotiations that called for exchanges of land for peace. It was Israel’s new control of Egyptian Sinai and the loss of Egypt’s national honor—suffered in the defeat in the 1967 War—that prompted Egyptian President Sadat to take on Israel in a limited war in October 1973, open an American diplomatic door to Israel, which in turn led to the 1979 Egyptian-Israeli Peace Treaty.

To better understand these pivotal events that took place in May-June of 1967, we recommend the follow items from our collection: