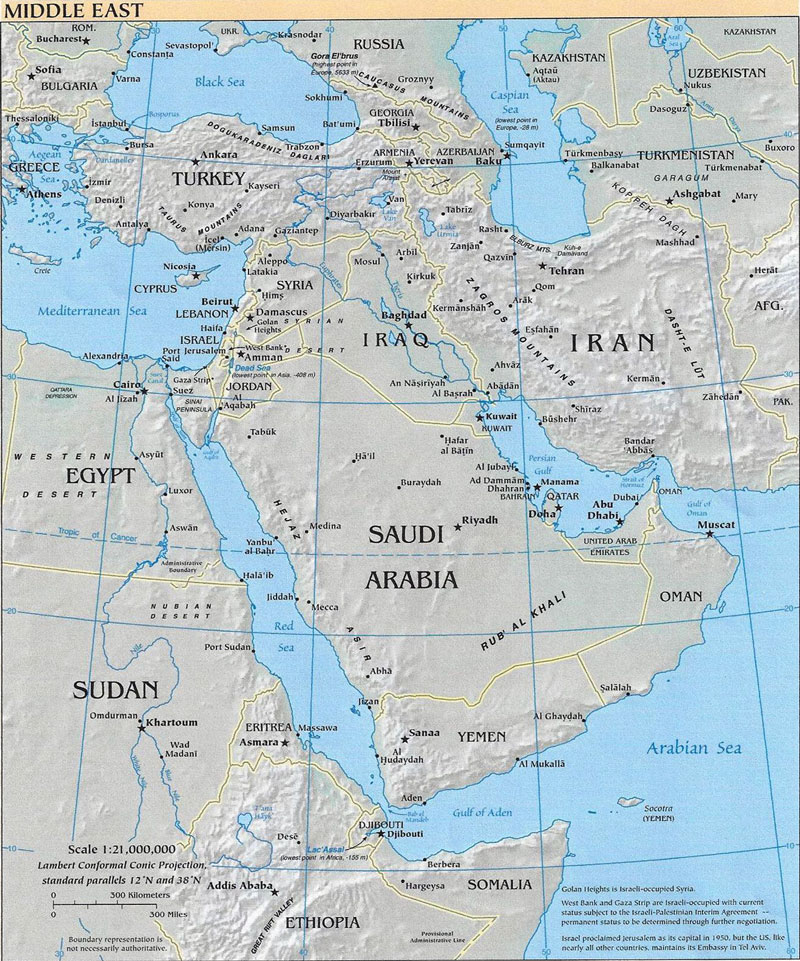 On August 13, 2020, when the United Arab Emirates agreed to pursue full normal relations with Israel, without any Israeli withdrawal from lands it won in the June 1967 war, the sacred negotiating formula, “Land for Peace” that had dominated Arab-Israeli talks for half a century abruptly ended. In return for only an Israeli promise not to annex any of the land it had occupied and administered on the West Bank since June 1967, a third Arab state accepted Israeli legitimacy. Egypt, Jordan, and now the UAE have demonstrated that while each had or has residual, if not waning sympathies for the Palestinian plight, each refused to postpone advancement of their own strategic national interests. None of them proved patient enough to wait for the Palestinians to enter serious negotiations with Israel.

Initial Palestinian reaction to the UAE-Israel understanding was one of fierce anger and total dismay.  Advocates, diplomats, organizations, and countries that seek a two-state solution to the Palestinian-Israeli conflict are keenly disappointed because the UAE has advanced Israel’s status in the region without forcing Israel to pay a price to the Palestinians. Those who advocate for the Boycott Delegitimization and Sanctions (BDS) movement against Israel now contend with another Arab state that accepts Israel’s legitimacy.

The UAE follows Egypt (1979) and Jordan (1994) that recognized Israeli statehood without obtaining a political promise, self-determination, or an independent state for the Palestinians.  Israel pursued normalization of relations with the UAE because doing so was definitely in its national interest. Around its borders, Israel sees Arab states crumbling or fraying at the edges. They are all under the combined weight of onerous economic decline, pesky COVID-19 issues, massive displaced populations, and pockets of corruption in pandemic proportions.

Israel has again internalized the reality that the Palestinian political leadership is sclerotic, divided, dysfunctional, and highly autocratic. For Israel, resolving the Palestinian issue is not an existential matter. For more than a decade I have maintained in the classroom that one of the Palestinian leadership’s core negotiating strategies is to ‘negotiate not to reach a conclusion.’  This is aptly expanded upon by my former Emory student Jonathan Schanzer and his colleague Jonathan Schachter in Palestinians part of intl.system despite rejecting every peace plan.

What matters for Israel is its security relationships with Jordan and Egypt, and keeping Iranian influence to a minimum in Lebanon, Syria and among the Palestinians. Israel seeks to be pro-active in supporting its Sunni Arab friends in the Gulf; important allies against both Iran and the spread of Chinese influence region wide.  A central core of Zionism remains: to be active, not passive, turn challenges into opportunities, adjust on the run, shape one’s tomorrow, and preclude nothing, except the country’s demise.

Since after the June 1967 War, under the guidance of ten successive US presidents, from Lyndon Johnson to Donald Trump, the United States became the primary steward of Arab-Israeli conflict negotiations. Each president operated with the land for peace formula. The concept was enshrined in UNSC Resolution 242 (November 1967), which spoke about the “inadmissibility of the acquisition of territory by war,” and critically, the “withdrawal of Israeli forces [from lands] occupied in the recent conflict.” Simply put, the formula is: under what circumstances and over what period of time would Israel return tangible land to an Arab party living adjacent to it, and what intangible promise, such as a treaty or agreement would Israel receive in return? As far as the Gaza Strip is concerned, Israel returned that to Palestinian leadership in August 2005. Israel annexed to itself a large segment of Jerusalem in June 1967. And for the Golan Heights, the United States recognized Israeli sovereignty over them (formally annexed by Israel in 1981) in March 2019. In the UAE-Israel agreement, Israel has not promised the return of any territories, but instead promised not to annex any lands on the West Bank. This agreement does not preclude that at some future point that the area of the West Bank, or a portion of it could be become part of a Palestinian entity or eventually annexed to Israel.

Netanyahu, with many threatened gyrations toward annexation in May-July 2020, seems to have settled comfortably in Menachem Begin’s philosophical camp, at least for the time being. Do no harm, even if political supporters to your right think you have abandoned the dream of annexation. Addressing the Knesset on September 25, 1978, Begin said that “Israel would assert its right over sovereignty in the West Bank, Judea and the Gaza Strip against the background of counterclaims, and if no agreements are reached at the present time [with the Palestinians and Israel], then the present autonomy arrangements and Israel’s security will remain in force.”

For not annexing land, at least not yet, and in spite of his other achievements, outstanding and regretful, in over the decade he has been in office, Netanyahu has secured an esteemed place in the annals of Israeli history. He is one of the four Israeli Prime Ministers who personally escorted Israel statehood toward acceptance and legitimacy: David Ben-Gurion in declaring and sustaining the state, Menachem Begin in gaining Egyptian recognition, Yitzhak Rabin in negotiating the peace treaty with Jordan, and now Netanyahu with the UAE’s portended recognition.

There are six other interim conclusions to be considered: