Winery cultivates caring for Israel along with the grapes | CIE

Winery cultivates caring for Israel along with the grapes

At 15, Shilo Eliash was thoroughly urban. Growing up in Petah Tikva near Tel Aviv, he thought of agriculture – if he thought of it at all – as a menial job for foreign workers.

Yet when he heard about a new alternative high school for religious boys dedicated to educational, personal and spiritual development through a connection with the land, he persuaded his parents to let him try the boarding school far from home near the Jordan River.

“When I heard about Regavim it sounded like something magical,” Eliash, now 23, tells ISRAEL21c. “To wake up in the morning and go to the field seemed like paradise to me.”

Not long before the 2009 founding of Regavim (meaning “clods of earth”), Israeli high-tech entrepreneur and venture capitalist Elie Wurtman also felt the pull of the land. 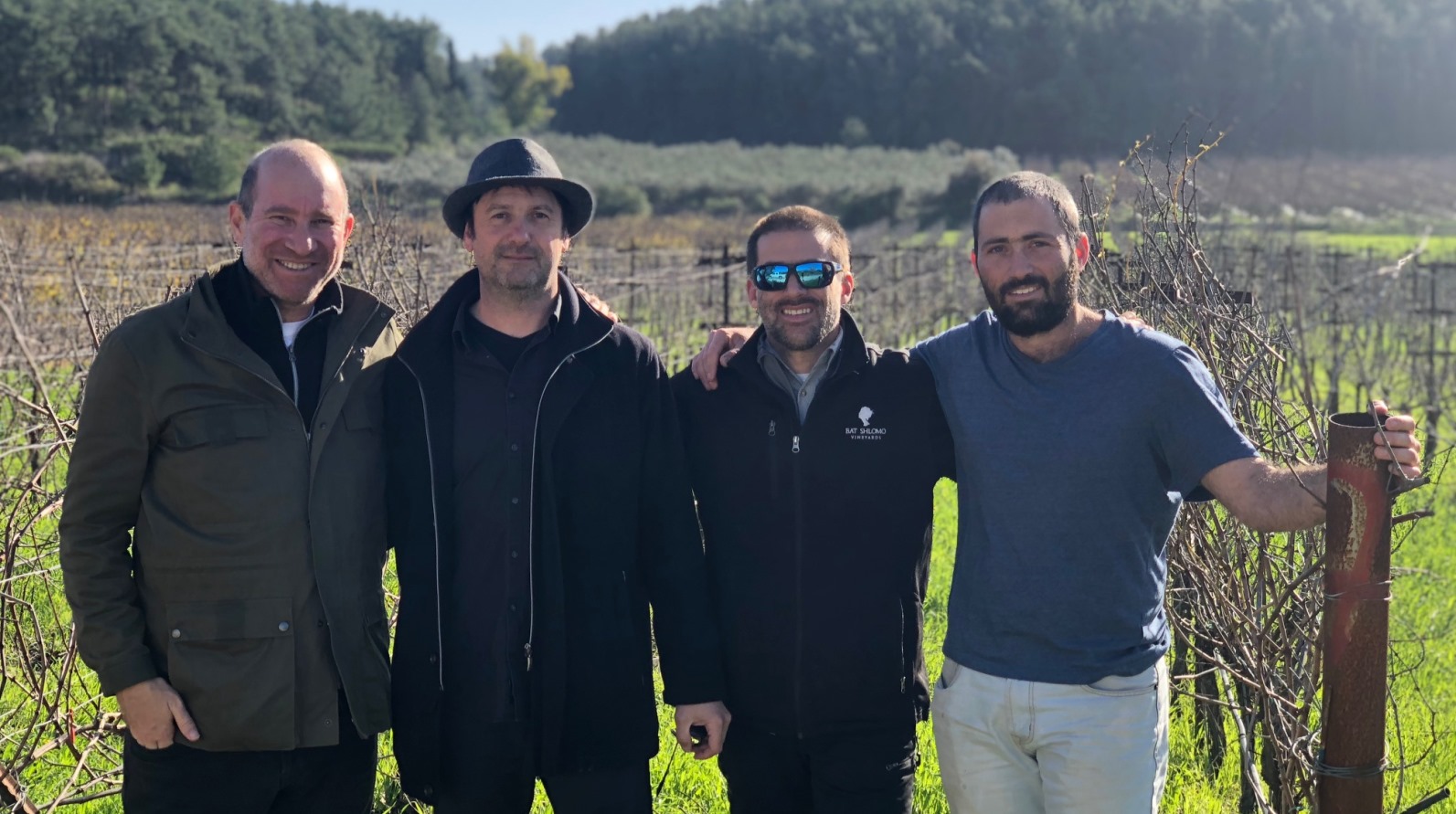 He observed that modern Israelis had lost their passion for the very soil that had beckoned their ancestors to leave the diaspora and make the desert bloom. “If we forget the reasons we’re here and outsource agriculture to foreign workers, we need to reconnect,” he says.

Wurtman recruited friends from the high-tech sector to help him reestablish a vineyard originally planted by 19th century pioneers under the patronage of Baron Edmond de Rothschild in the agricultural settlement of Bat Shlomo, near Zichron Ya’akov in the fertile wine country of northwest Israel.

Enlisting the expertise of Napa Valley winemaker Ari Erle, Wurtman and his friends replanted the fields with 15,770 seedlings.

In 2010, Wurtman brought one of the first bottles of Bat Shlomo Vineyards white wine to a Shabbat dinner. Upon hearing the story behind the project, his host told him that his brother-in-law, Uzi Zucker, had recently cofounded a boarding school with similar goals. It was called Regavim.

“We were taught the importance of doing something for our country by working the land with our hands.”

“Right then and there, I decided this program would become the philanthropic connection to what we do,” Wurtman tells ISRAEL21c. “I came in as a partner, mentor and supporter, as I do in the high-tech world.”

At a parents’ meeting at Regavim, Wurtman explained the new social-enterprise model that he and the school’s founders agreed to pilot: The students would plant and tend Bat Shlomo Vineyards as a way of fulfilling the school’s vision while earning a fair wage to offset the cost of their education, making Regavim accessible to many families who couldn’t otherwise afford it. 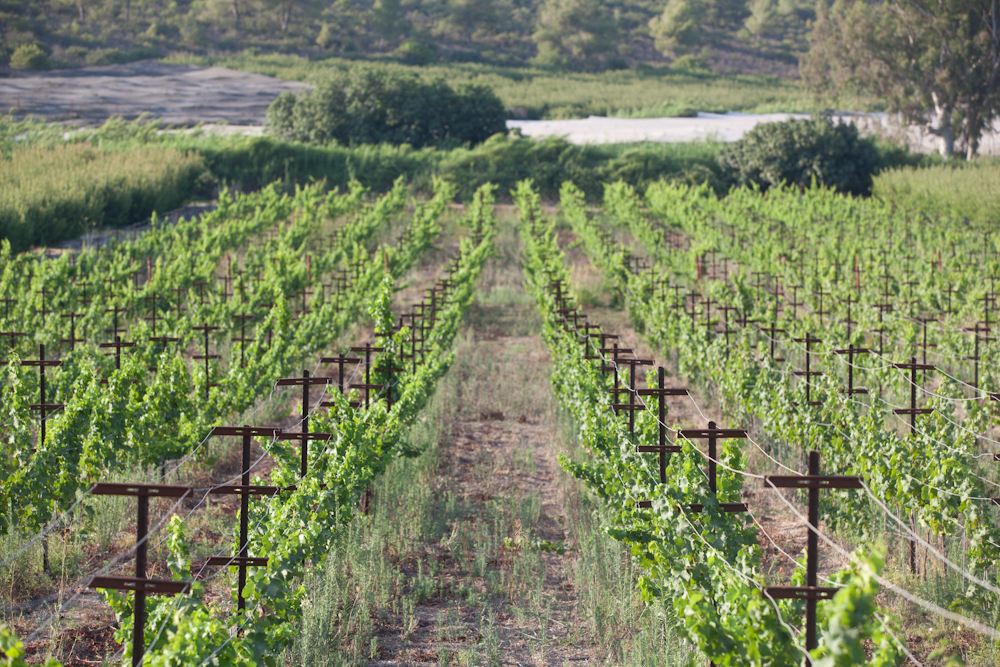 “My parents were so impressed,” recalls Eliash. “They thought agriculture is something of the past, and not for city kids. It showed them another face of agriculture in Israel.”

Wurtman noted with delight that his buddies often left their offices on Tel Aviv’s tony Rothschild Boulevard to toil side by side with those first 12 Regavim students in the dirt of Rothschild’s vineyard.

“It was an amazing experience. Both sides got a lot of out of it,” Wurtman says.

Eliash recalls the pride he felt to hold a bottle of Bat Shlomo wine the following year.

“Bat Shlomo really grew up under our hands,” he says. “I remember the first plants we put in the ground.”

Since 2010, Bat Shlomo’s production increased from 1,300 bottles to 36,000 bottles annually in five varieties. Robert Parker’s “The Wine Advocate” chose 2017 Bat Shlomo Rosé one of the five best Israeli wines in 2018.

Regavim has flourished, too. Enrollment has swelled to more than 150 boys from varied backgrounds, and the program partners with about 30 farms. 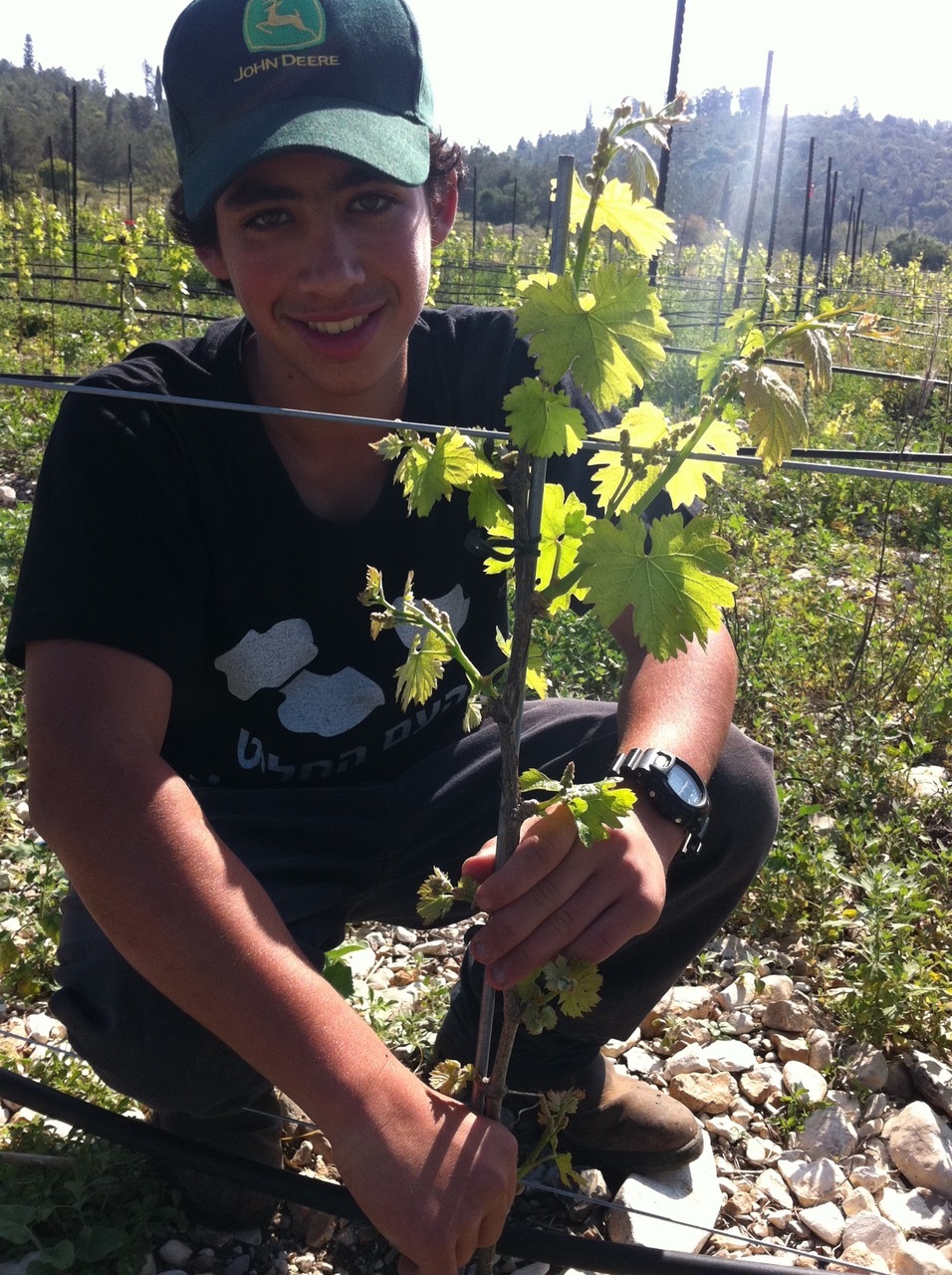 Once a week, 15 or 20 Regavim students come with their teachers and spend half a day tending the Bat Shlomo vineyards; the entire student body comes to help sow and harvest.

“They have a very high productivity rate because they’re so motivated,” says Wurtman.

“Although they work in agriculture every morning and study only two or three hours in the afternoon, their matriculation exam scores are way above the national average. A high percentage of graduates serve in elite military units and become officers. The experience of labor alongside academics has given these kids an advantage as they enter adulthood in the army and beyond.”

Indeed, says Eliash, who became an officer in the artillery corps, “We were taught the importance of doing something for our country by working the land with our hands. The idea wasn’t that everyone would become a farmer, but to work hard and sweat and smile, no matter what you do.”

Several similar alternative Israeli schools have since been founded on the Regavim model, including programs for girls and for secular teens.

Says Wurtman: “At a time when people are outsourcing agriculture and caring less for the land, we’re bring people back to the magic of the clods of earth.” 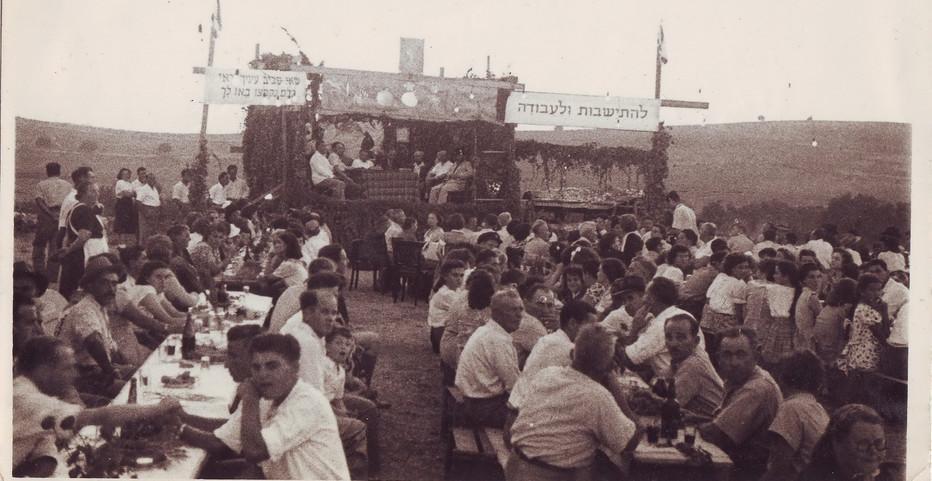 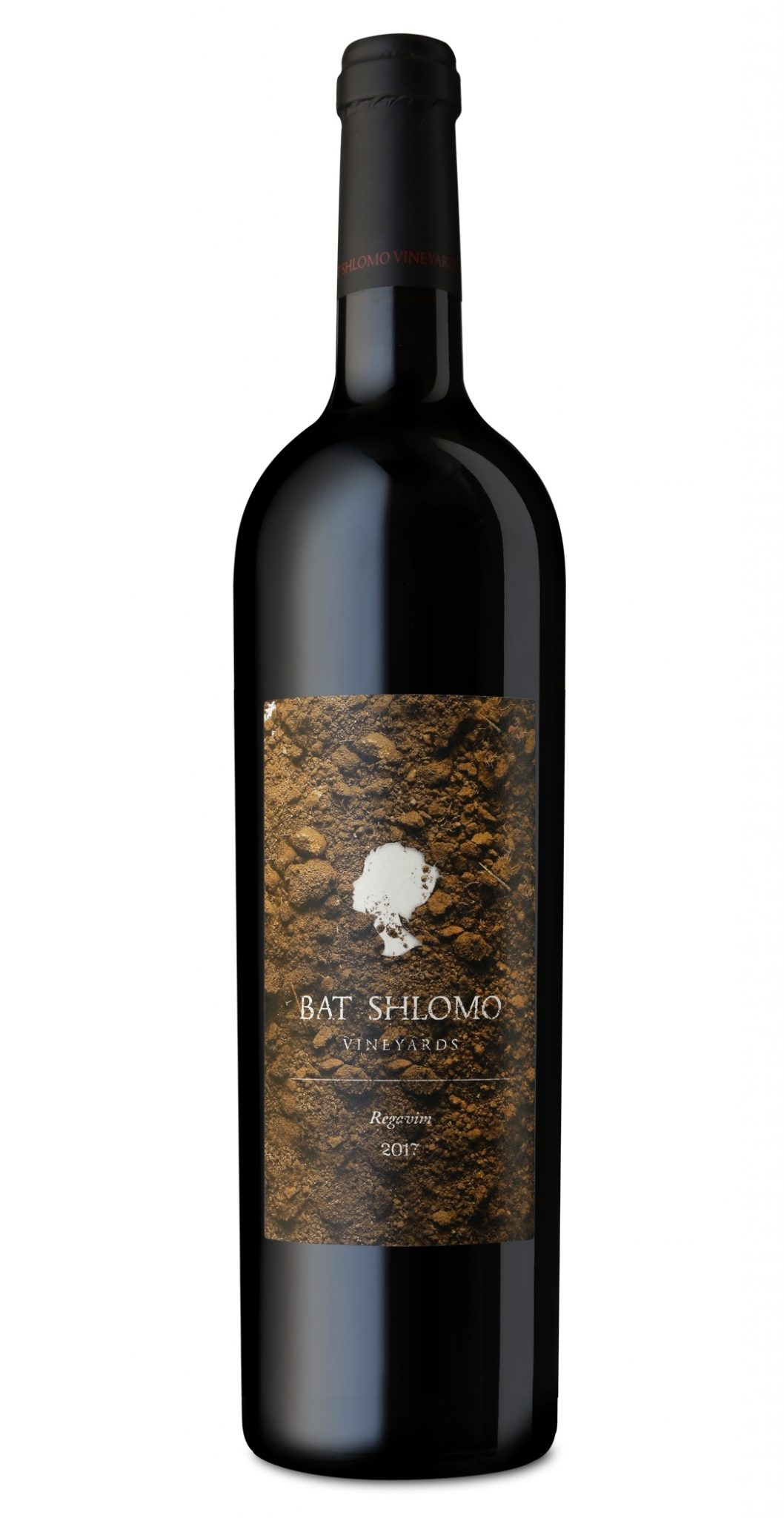 In homage to the successful Bat Shlomo-Regavim partnership, and the 71st anniversary of the founding of the state of Israel in 1948, the winery  released a special vintage this spring.

Both labels were designed by Jerusalem-based graphic designer Dov Abramson. The wine is available domestically and in kosher wine and food shops in US areas including New York, New Jersey, Miami, Boston and Los Angeles.

Next fall, a tasting room and guest house will open at Bat Shlomo Vineyards in a restored house from the Rothschild days. 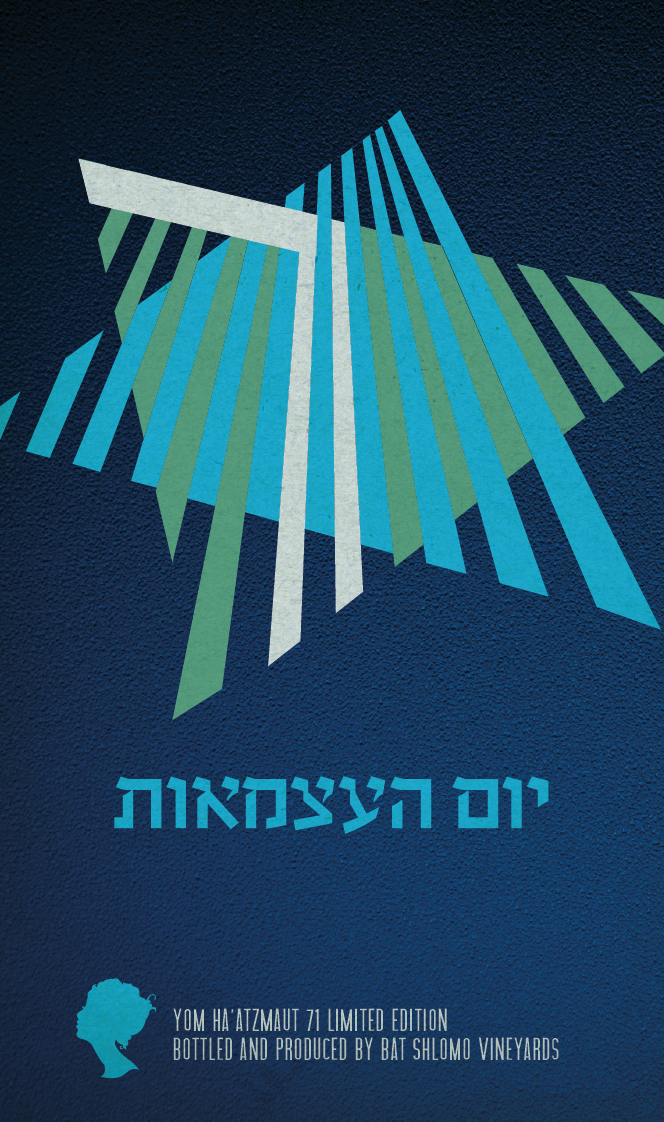 The vineyard is now managed by Or Sharir, one of the original 12 Regavim students. “He graduated, served in the army as a paratrooper officer, got married, and came back to live in Bat Shlomo in a house we rent for him and his wife,” says Wurtman.

“Another Regavim graduate has moved in and works with another farmer in Bat Shlomo. The vision we have of reinvigorating this place of pioneers with an ideological and youthful spirit is giving rebirth to the village.

Grandchildren of the pioneers are still driving tractors here, and the generations are connecting with one another.”

Eliash says he once passed by Bat Shlomo while on an army hike, and marveled at how tall the vines had grown.

“I called out to one of the workers and he came over and hugged me,” says Eliash. “When Elie started thinking about this project he didn’t really realize how meaningful it would be for so many boys for so many years.”