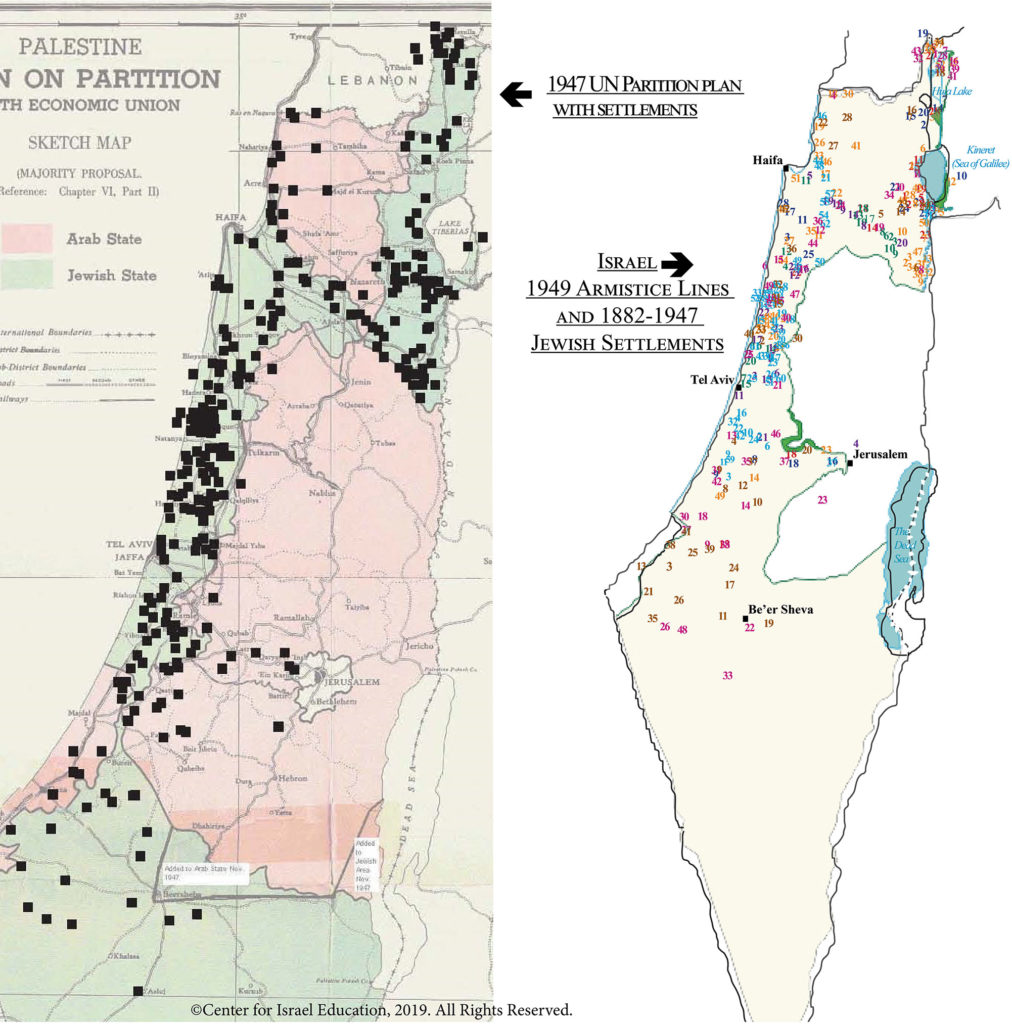 From biblical times to the present, Jews and Judaism have had an unbroken connection to Zion, Eretz Yisrael, the Holy Land, or what came to be termed Palestine by the Great Powers after World War I. The 19th century plan to build a Jewish state required a population and territory. Jewish identity, anti-Semitism and the failure to find civic equality on the European continent catalyzed Jewish immigration to democratic settings and the option to build a Jewish state. The Jewish population in Palestine increased from 25,000 in 1882 to 600,000 in 1948, with 400,000 Jews in Palestine by 1940. Jewish land ownership grew from 450,000 dunams (a dunam = a quarter of an acre) to 1.4 million dunams in 1940 to 2 million by January 1948. Physical and demographic growth of the seventy-year period was steady but uneven. The pace of Jewish growth over the seventy-year period was steady but uneven. By charting the geographic placement of the 315 Jewish settlements built in the time period, the footprint for the state unfolds, and with it an easy visual explanation about why the UN suggested the proposed borders for a Jewish and Arab state in its 1947 Partition Plan. Accompanying the 20 maps is a synoptic explanation of immigration numbers and source documents that unfold the formation of the Jewish state. Special thanks are extended to Roni Eshel and Tal Grinfas-David who started this project with me in 2010, and most recently deep appreciation is extended to our ISMI intern, Gabriel Epstein for revising our rudimentary PowerPoint by using his technological and creative graphic talents. All responsibility for the prose and choice of language used in Forming a Nucleus for the Jewish State: 1882-1947 are solely my own. (If using this PDF for learning, we suggest projecting it onto a screen or reproducing it as a printed item)